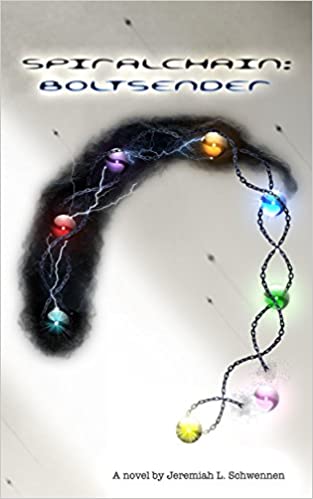 Do we leave behind the mistakes of the past, or are we forced to carry them with us forever? Colton Taylor was born to fix things, but for far too long, he’s been failing. A lifetime of struggles with drugs and emotional abandonment didn’t prepare Colton for his destiny as a Boltsender. After years of bad decisions and dangerous choices, he finds himself in the center of the violent battle between the Children of the Line and the abhorrent forces of the Rot. The Purpose has brought them to this place—confronting the intelligence at the heart of the Foreverot directly. But as Colton and his friends slowly uncover more of the secret origins of the Spiral and its dark foe, they will be drawn once more across the spaces between worlds. The possibility of victory has never been more real, but the cost of failure has never been deadlier. If the Rot is to be overcome, Colton will have to finally fix the thing that’s been broken the longest… himself.