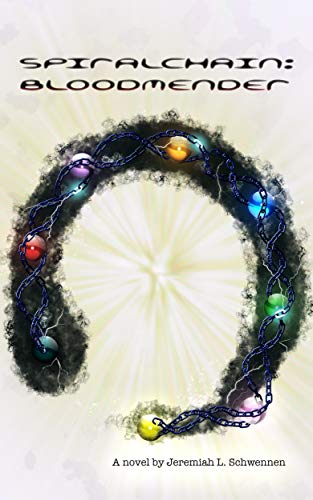 What if everything you thought you knew about yourself was a lie? Who decides what’s real? Cruz Moreno only ever wanted to blend into the background. That dream fell all to pieces when she learned she was a Bloodmender, one of the rare beings in the Spiral of Worlds able to heal wounds and transform flesh. That miraculous power has helped her to save the day many times, but it may no longer be enough. Trapped alone on the mysterious world of Pithysia, Cruz must recover a powerful artifact if she is to have any hope of defeating the Foreverot that threatens to destroy everything that lives. Along the way, she has to find out what happened to the rest of her friends, what terrible secrets the religions of Pithysia are hiding... and who she really is. Because Cruz Moreno has a secret that he has been keeping his whole life. Coming to terms with his identity will either be the key to finally ending the threat of the Foreverot... or the deathblow to the Spiral of Worlds.