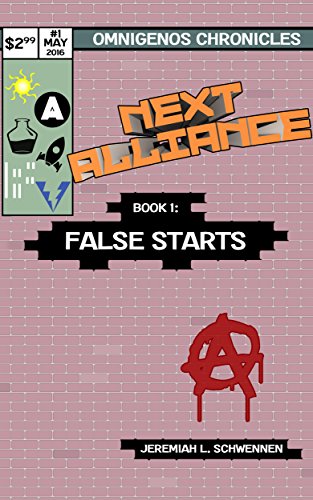 In a world of super-heroes and evil villains threatening global domination, the world's premier super-team, the United Alliance, has a new mission. They must seek out the next generation of super-powered people, called Omnigeni, and train them to become the...

But starting a super-team is no easy task for adults, and it is an even harder job for a group of young people. The Allies must bring together an eclectic sextet of teenagers that all carry their own fears, struggles, and secrets...

Challenger--a young woman with a suit of powered armor and a mysterious case of amnesia.

Catalyst--the oldest of the group, a young man born with the power to transmute one element into another.

Flicker--A girl with super-speed and a talent for always saying the wrong thing at the wrong time.

Volt--A young man with the power to control electricity and a secret that is killing him.

Heatfront--the two-in-one combination of a boy with tragically uncontrolled powers and his best friend, a shape-shifting robot.

Together, these six young people could be exactly the heroes this world needs...

If they can ever learn to get along.