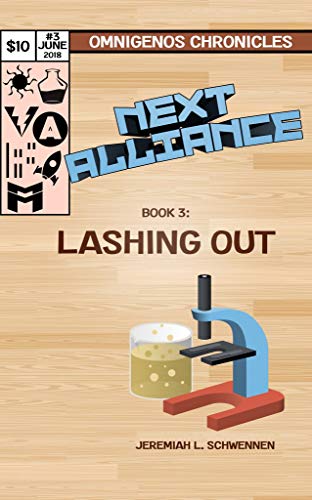 Next Alliance 3: Lashing Out

In a world of super-heroes and evil villains threatening global domination, the world’s premier super-team, the United Alliance, has a new mission. They must seek out the next generation of super-powered people, called omnigeni, and train them to become the NEXT ALLIANCE! Tradition Week is here! Locked in their school with members of the villainous Think Tank, the Next Allies will be forced to confront their darkest secrets and inner fears. With the sinister Rage Wraith pulling everyone’s strings, there’s no telling what will happen when pent up frustrations are finally free to lash out. Together, these seven young people could be exactly the heroes this world needs… if they can ever forgive one another.