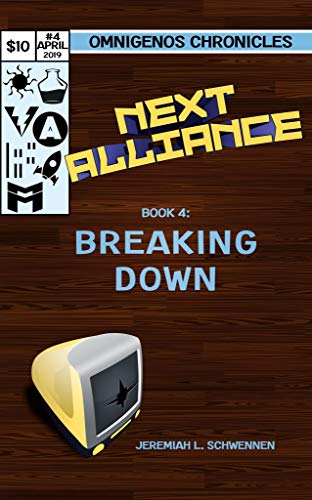 Next Alliance 4: Breaking Down

In a world of super-heroes and evil villains threatening global domination, the world’s premier super-team, the United Alliance, has a new mission. They must seek out the next generation of super-powered people, called omnigeni, and train them to become the NEXT ALLIANCE! The Next Allies have been captured! Even if they can escape, how will they handle the disappearance of the United Alliance, the next fiendish ploy by Eventide, and a stunning new threat that will challenge the team as never before? How much can seven young people take before they break down? Together, these seven young people could be exactly the heroes this world needs… If they can survive what’s coming next.