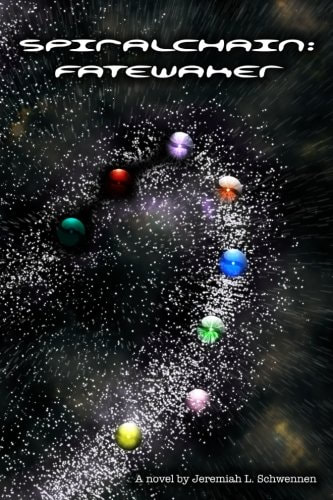 If the future has already been written, is there any room left for choice? Jara Abison is fourteen summers old. She is the last of her kind--a Wyr, a member of an ancient order from the world of Onus gifted with the power to see into the future and charged with carrying out the grand, cosmic Purpose that drives the universe forward. She has carried this burden for two years now. Her visions have filled her with secrets and forced her to lie to her friends and family, and she has had enough. As an incredible war that now consumes two worlds grows ever more savage, Jara discovers that her visions lead to an end she cannot abide. With her friends at her side, she will seek out the truth of the Purpose on a new world and find--with any luck--a way to end the dangers that have haunted her dreams. If Jara can not find the courage and wisdom to defy the Purpose, the Spiral of Worlds will be undone. But if she can... what happens then? What is the cost of fate denied?